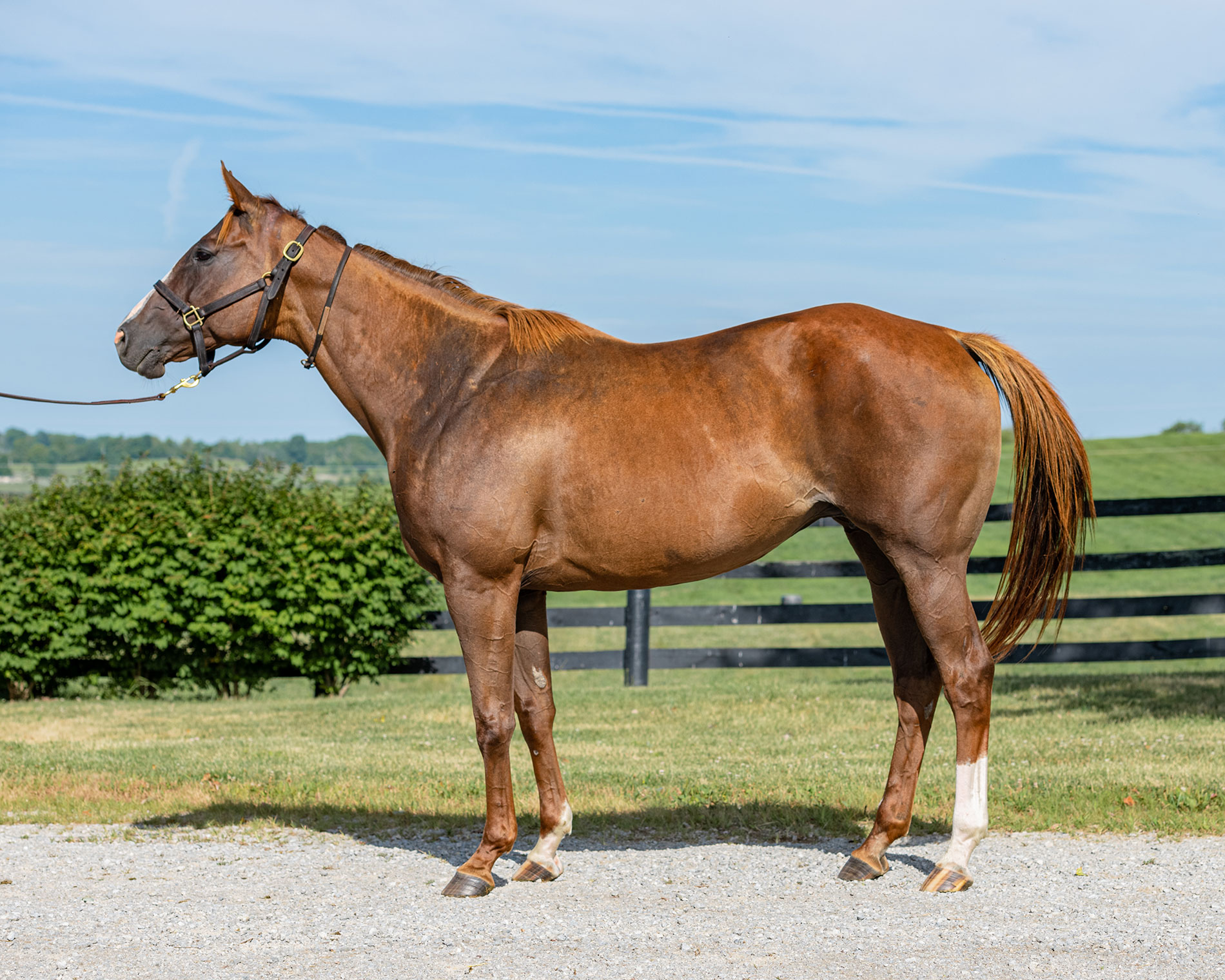 Smarty Jones is one of the most charismatic horses of the 21st Century. After breaking his maiden by 7 3/4 lengths in his 2-year-old debut in November, he won the Pennsylvania Nursery Stakes by 15 lengths in his second try. He didn’t start again until January when he won the Count Fleet Stakes at Aqueduct by 5 lengths. Shipped to Arkansas, he captured three straight stakes at Oaklawn Park, the Southwest by 3/4, the Rebel by 3 1/4, and the Gr. II Arkansas Derby by 1 1/2. He headed to the Kentucky Derby unbeaten in six races, which were won by a combined total of 33 1/4 lengths. He then added the Derby by 2 3/4 lengths and the Preakness by 11 1/2, finally losing his Triple Crown bid in the Belmont Stakes by one length to Birdstone. He retired with earnings of $7,613,155.

Angry Dragon is the dam of three Circle 8 Ranch and Tropical Racing runners – colts Toretto and Suegaar – both by Handsome Mike and currently in training – and an unnamed filly by Bucchero. She is due this season to a foal by Sky Mesa.

Adrenaline. Excitement. Thrills!
Are you ready for racehorse ownership? We are ready to show you why partnering with Circle 8 Ranch is the answer!
CONTACT US TODAY!