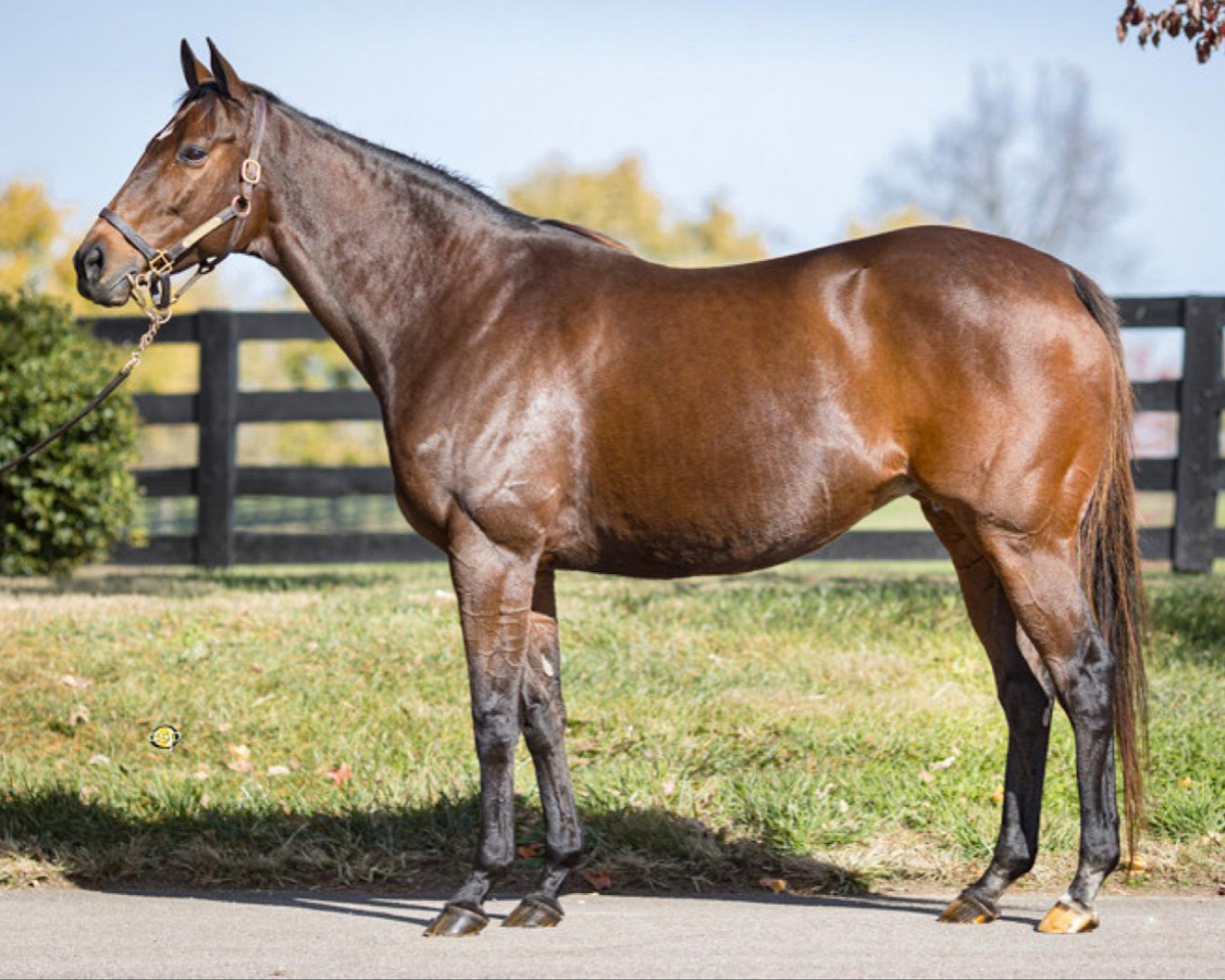 Dream Spinner’s 1st Dam, Whatdreamsrmadeof (NY) (Graeme Hall / Eastern Ruckus, by Eastern Echo) broke her maiden in Saratoga in her first race and, a month later, placed 2nd in the Kentucky Cup Juvenile Fillies Stakes (Listed). In her last race at 3, she placed 3rd in the Gr.2 Fair Grounds Oaks. Overall, she was on the board 6 out of 7 starts with career earnings of $137,080. She was a $55,000 yearling, a $65,000 two-year-old, and as a broodmare she sold for an outstanding $1.65 million at the Fasig-Tipton Kentucky Fall 2016 Mixed Sale, in foal to Curlin. As a successful broodmare, she has amassed more than $1.8 million in progeny earnings, including Graded Stakes and Black Type Placed Dream Spinner and MGSW Curalina, who earned $1,535,940 on the track and who subsequently sold for $3 million at the Fasig-Tipton Kentucky Fall 2016 Mixed Sale.

Dream Spinner’s sire, Hard Spun (Danzig / Turkish Tryst, by Turkoman) earned $2,673,470 during his career, with four 1sts in his first four starts that included the Black Type Pennsylvania Nursery Stakes and the Gr.3 LeComte Stakes. He went on to win the Gr.2 Lane’s End Stakes, the Gr.1 King’s Bishop Stakes, and the Gr.2 Kentucky Cup Classic Stakes. He also placed 2nd in the Gr.1 Kentucky Derby, the Gr.1 Haskell Invitational Stakes, and his last race, the Gr.1 Breeders’ Cup Classic. Hard Spun currently stands for $35,000 and, to date, has produced 15 career G1Ws to date.