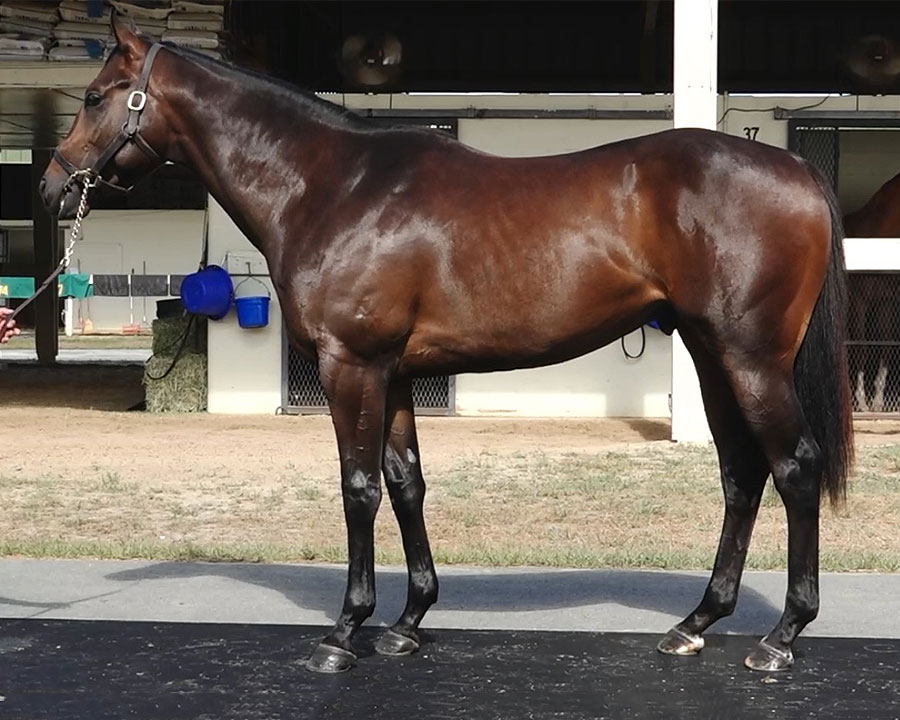 At the 2021 June 2-Year-Olds & Horses of Racing Age OBS Sale in Ocala, Circle 8 Ranch and Tropical Racing purchased an exceptional 2019 colt by Malibu Moon, and out of My Mammy (Came Home / Divine Dixie, by Dixieland Band), to add to their talented racing roster.

“This was a rare opportunity for us to acquire a horse with absolute impeccable breeding and athleticism,” said Troy Levy. “We are not only very excited about his talent on the racetrack, but also his potential aftermarket career as a stallion. This Malibu Moon colt is very special.” – Troy Levy –

Known as A.P. Indy’s best sire, recently deceased Malibu Moon was a perennial leading sire in North America and was a staple to the thoroughbred industry for the better part of this century.

Malibu Moon sired 126 black-type winners and 51 graded winners – including 17 Gr.1 winners to date. His progeny has won as many or more of America’s most celebrated dirt races as any active sire – especially for 3-year-old colts ­– including the Gr.1 Kentucky Derby, Gr.1 Florida Derby, Gr.1 Santa Anita Derby, and the Gr.1 Arkansas Derby.

The colt’s dam, Kentucky-bred My Mammy (Came Home / Divine Dixie, by Dixieland Band), was on the board five out of 8 times and earned $68,220 on the track. She broke her maiden in her first campaign and two weeks later placed 3rd in the Astoria Stakes (Listed) at Belmont Park. As a broodmare, her progeny has earned $934,391 to date and she is the dam of BTW Sweet Victory (Blame), BTW Ferdinanda (Giant’s Causeway), and Gr.1 winner Out for a Spin (Hard Spun). Her sire, Came Home (Gone West / Nice Assay, by Clever Trick), was a multiple Gr.1, Gr.2, and Gr.3 winner of $1,835,940.

The colt’s second dam, Divine Dixie (Dixieland Band / Hail Atlantic, by Seattle Slew) placed 2nd in the Jersey Blues Stakes (Listed) at Meadowlands. She was a $2 million Fasig-Tipton Kentucky Fall 2005 Mixed Sale purchase ­– in foal to Fusaichi Pegasus. Out of 13 foals, she has produced 13 starters and 13 winners ­– including Gr.1 winner Bandini and Gr.3 winner Discourse. Overall, her progeny has campaigned in the United States, England, China, and the United Arab Emirates, and has earned $1,301,702. After retiring, Bandini began his career as a stallion at Walmac Farm in Kentucky.