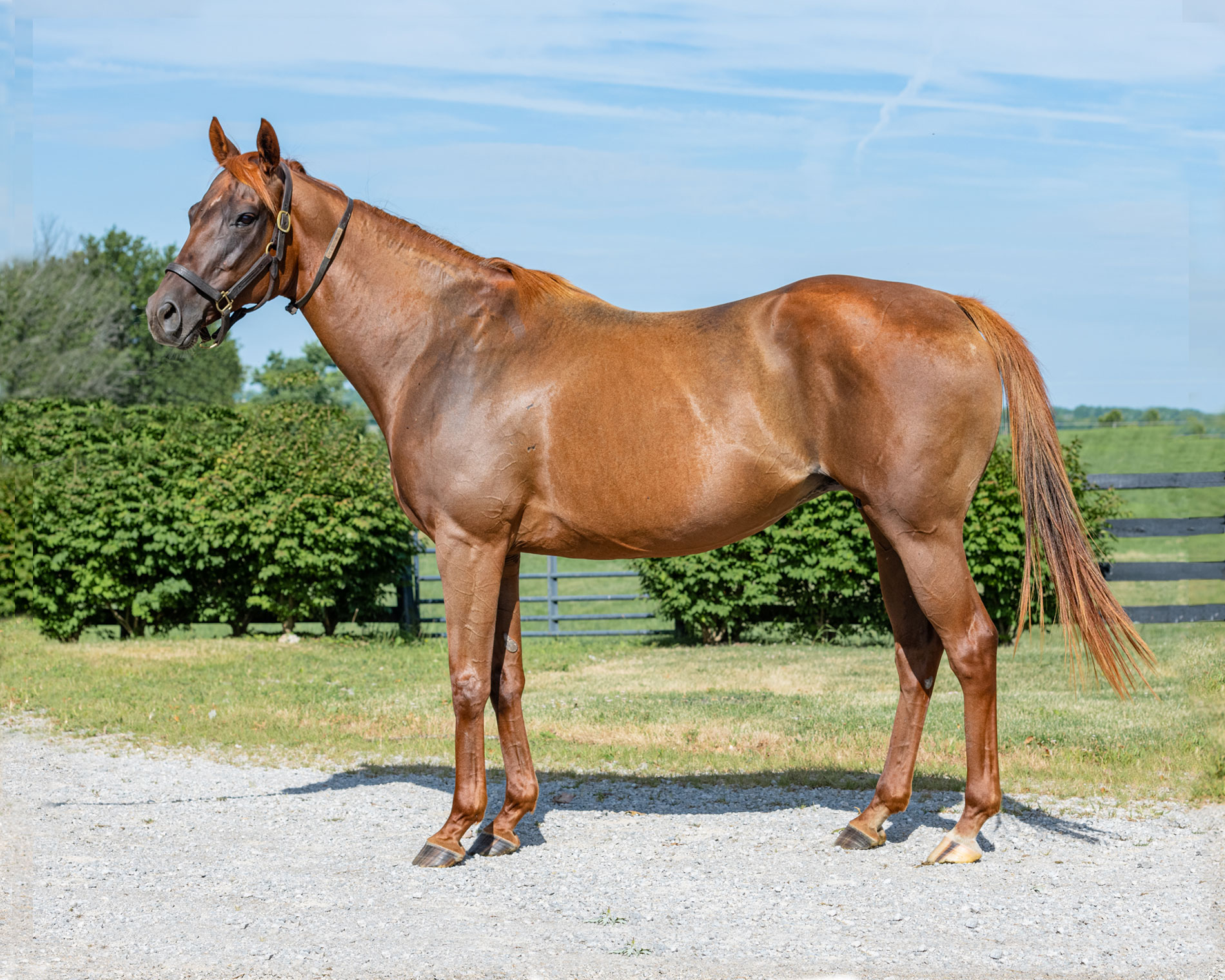 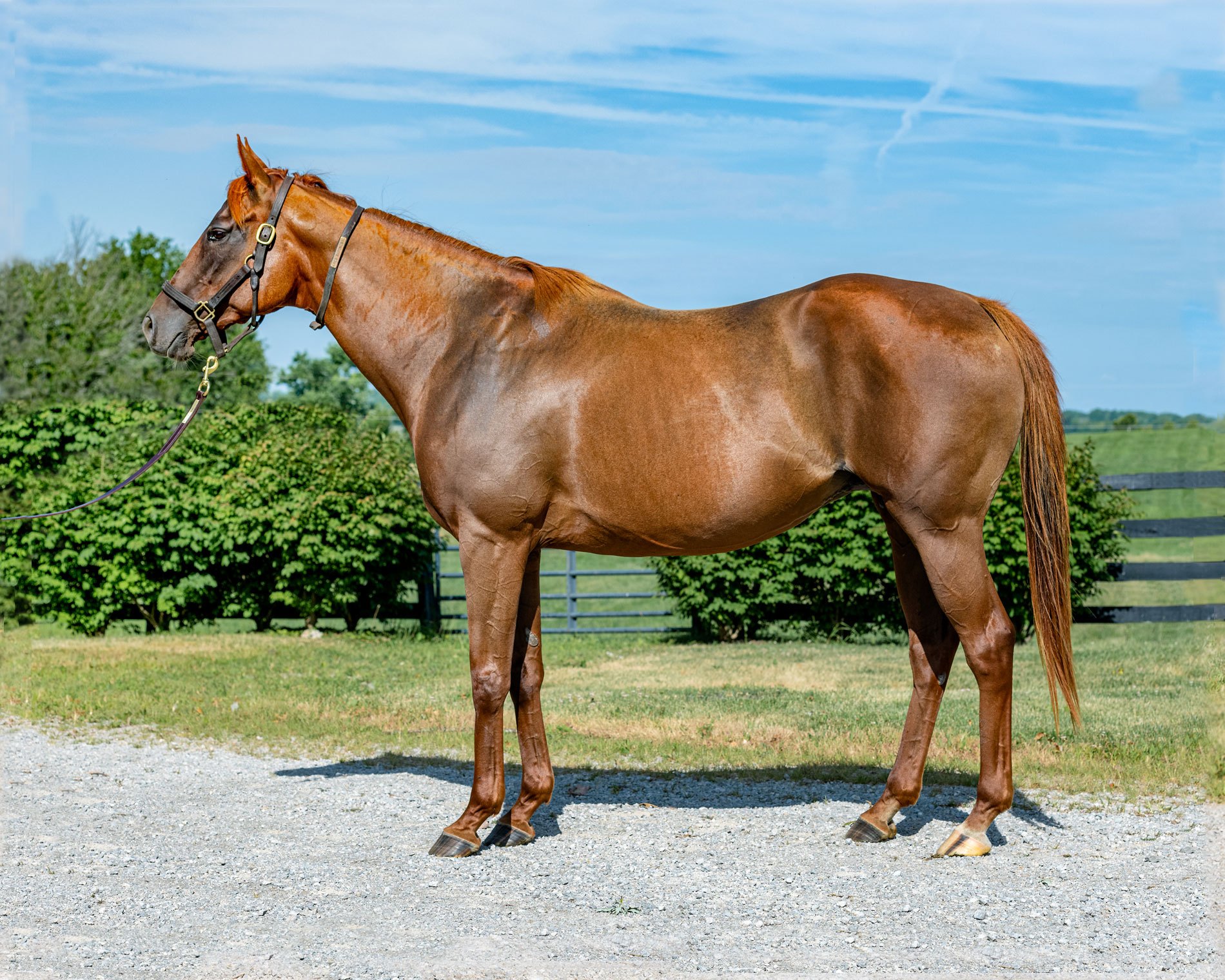 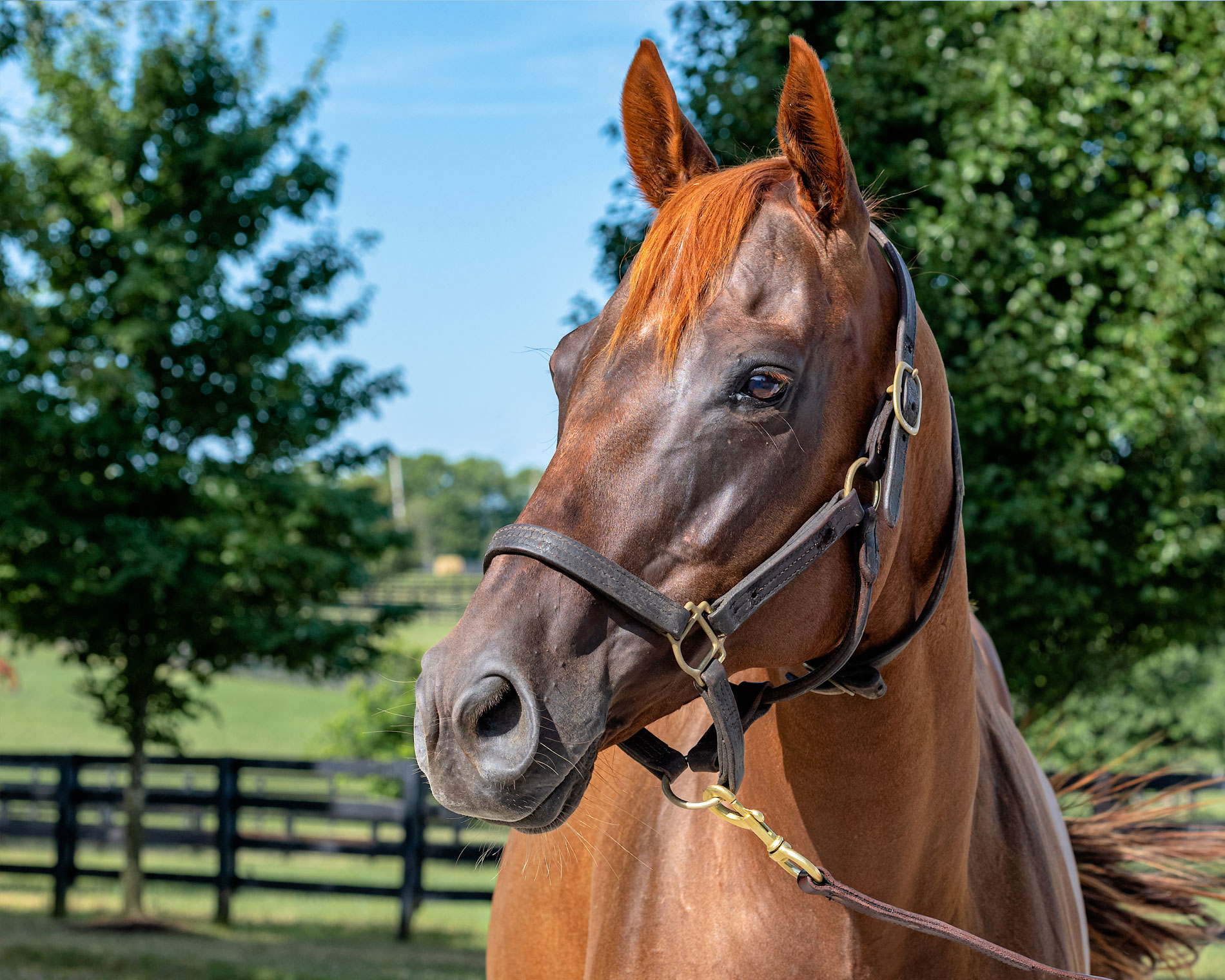 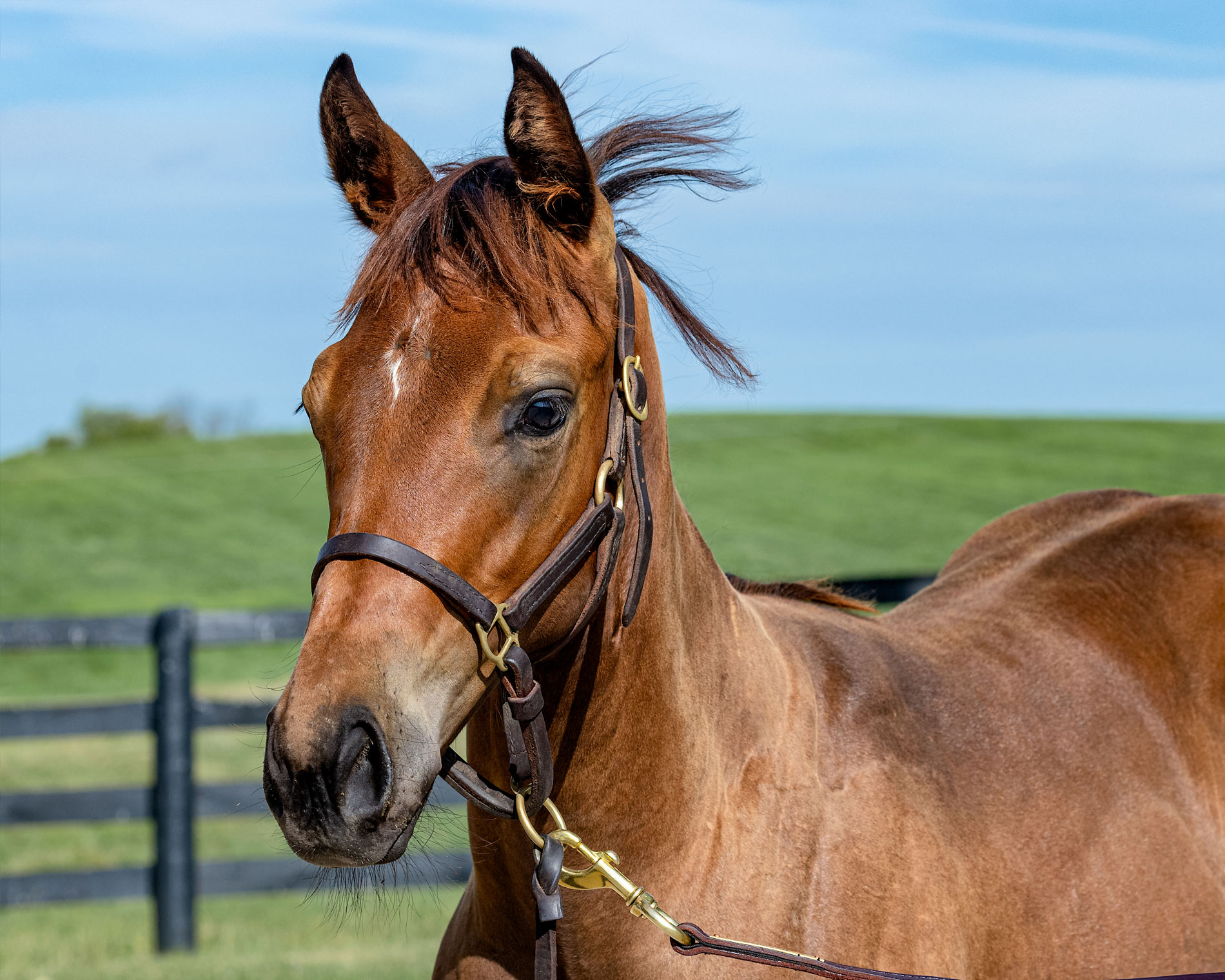 Red Baroness is a chestnut mare by Smarty Jones out of Must Be a Lady, by Lord at War. She is in foal to Ride On Curlin and has a Handsome Mike foal by her side.

Smarty Jones is one of the most charismatic horses of the 21st Century. After breaking his maiden by 7 3/4 lengths in his 2-year-old debut in November, he won the Pennsylvania Nursery Stakes by 15 lengths in his second try. He didn't start again until January, when he won the Count Fleet Stakes at Aqueduct by 5 lengths. Shipped to Arkansas, he captured three straight stakes at Oaklawn Park, the Southwest by 3/4, the Rebel by 3 1/4, and the Gr. II Arkansas Derby by 1 1/2. He headed to the Kentucky Derby unbeaten in six races, which were won by a combined total of 33 1/4 lengths. He then added the Derby by 2 3/4 lengths and the Preakness by 11 1/2, finally losing his Triple Crown bid in the Belmont Stakes by one length to Birdstone. He retired with earnings of $7,613,155.

Red Baroness started just one time before being retired. She has produced two foals, Giant Red Baron, who is unraced, and the current 2-year-old filly Aizu, who is by the Medaglia d'Oro stallion Japan. Aizu has breezed twice at Keeneland in preparation for her debut.

Must Be a Lady, dam of Red Baroness, has produced seven other foals, five of them winners. They include De Facto (46-10-7-8, $158,867), six-time winner Georgiana, and Windy Mandy, an earner of $65,000 in Norway and Sweden and third in the Stockholm Fillies and Mares Stakes at 10 furlongs on the grass.

Red Baroness has been bred to Ride On Curlin, the son of Curlin who was stakes-placed nine times, including finishing second to California Chrome in the 2014 Preakness, en route to earning $795,175. His first foals will run in 2020. 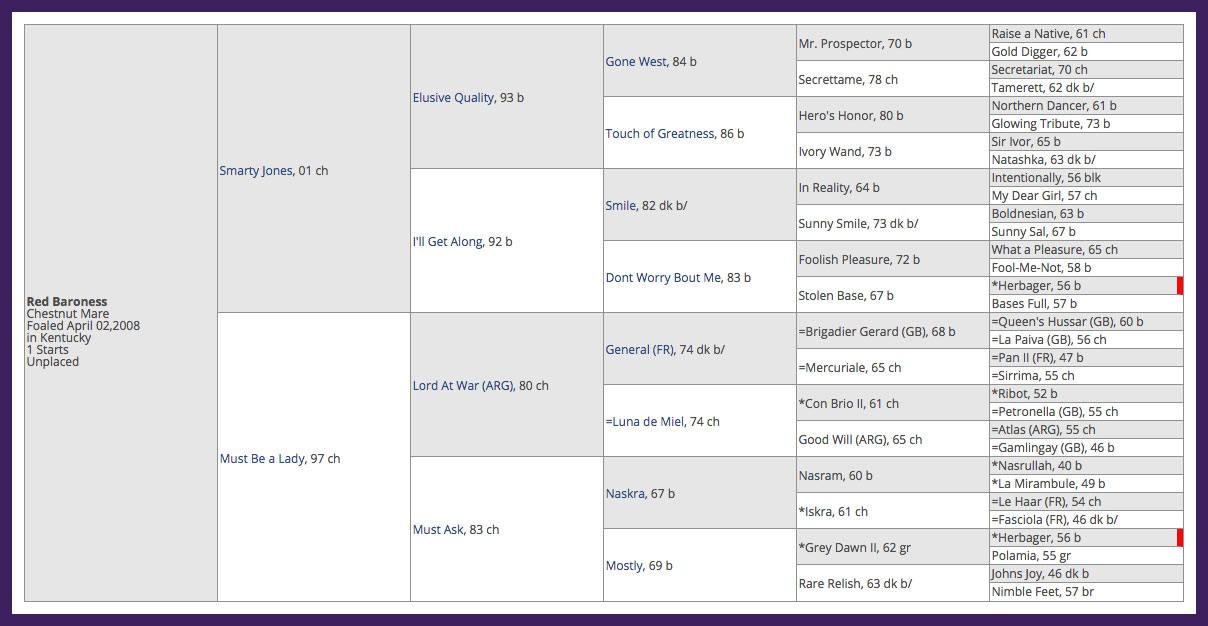