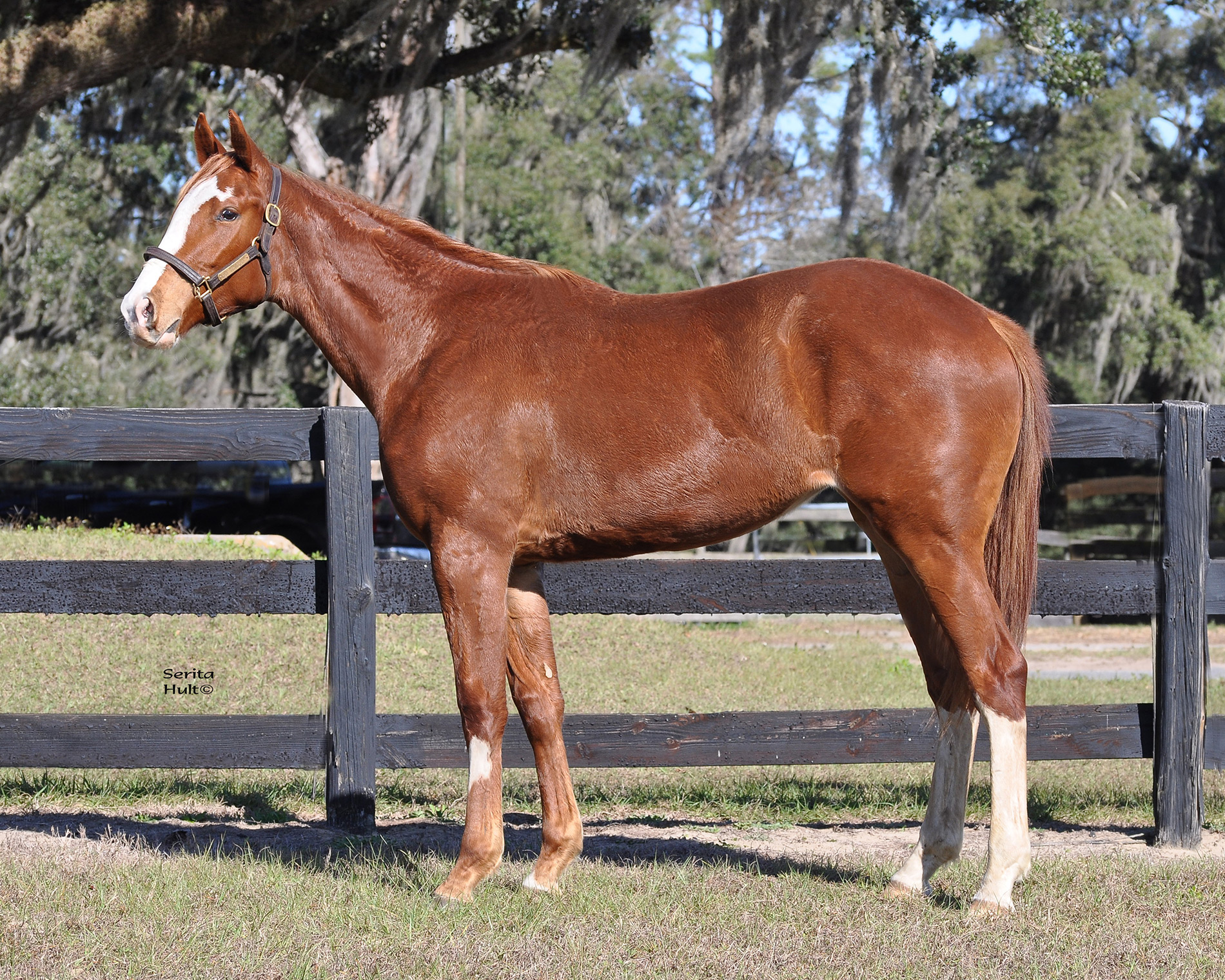 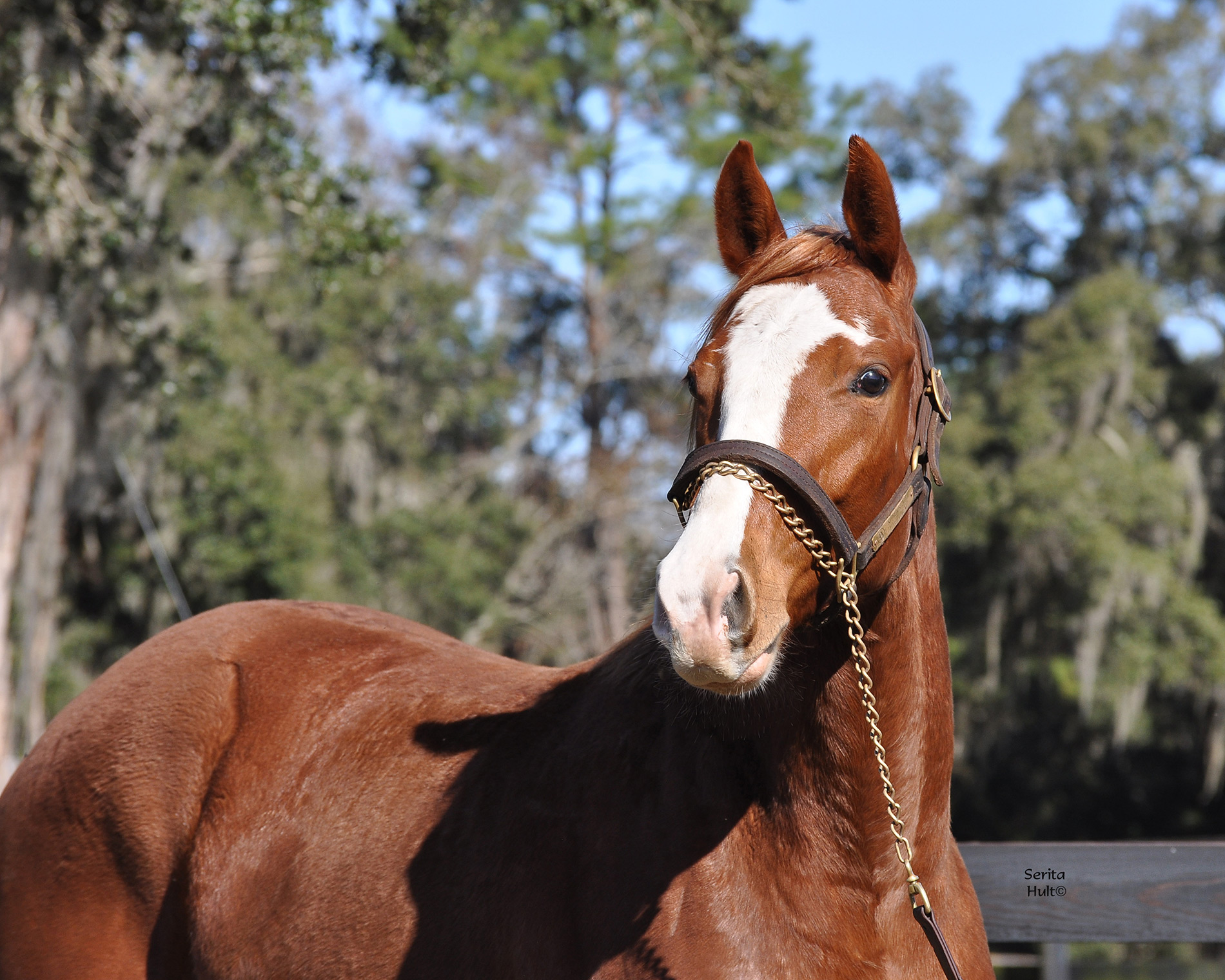 The filly's sire, Munnings, was a three-time graded stakes-winner with earnings of $742,640. He sold for $150,000 as a Saratoga yearling, then hit the jackpot at $1.7 million as a Fasig-Tipton Florida 2-year-old who joined the stable of world-renowned owners Michael Tabor, Mrs. John Magnier and Derrick Smith.

At the track, Munnings won three Gr. II races, the Woody Stephens by 5 1/4 lengths at Belmont Park, the Tom Fool Handicap by 2 1/4 at Belmont, and the Gulfstream Park Sprint Championship by one length. In the Woody Stephens, he was clocked in 1:20.63 for seven furlongs, just .46 hundredths of a second off Left Bank's track record. Munnings also finished second in the Gr. I Champagne at Belmont as a 2-year-old, and was third in five other important Gr. I races, the Haskell Invitational, Hopeful, King's Bishop, Vosburgh and Carter Handicap. He received nine consecutive Equibase 'E' ratings of 102 or more.

On the female side, the filly's dam, Annatlantic, comes from a family of star-studded champions that looks like a Who's Who of Racing in Canada throughout the '80s. She has just one foal racing, a 3-year-old filly named Mizzanna who has picked up three seconds and two thirds this season. The second dam, Classic Reign, is a stakes-winner with seven victories and earnings of $327,645, and a full brother to Regal Classic, who earned $1,456,584 and was a champion 2-year-old colt. Her half-brother, Sky Classic, is the biggest money-winner of the group with earnings of $3,320,398 and was a four-time champion in the U.S. and Canada. The other half-brothers are Grey Classic, champion 2-year-old colt and an earner of $602,039; Classy N Smart, champion 3-year-old filly who banked $303,222; and Always a Classic, winner of six of eight starts and an earner of $388,648. 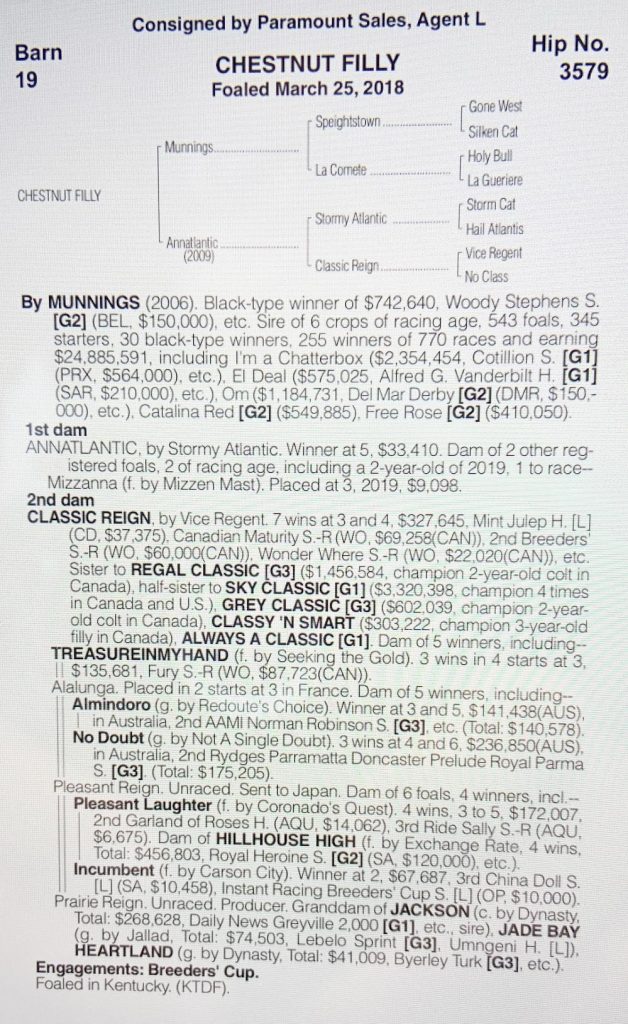