The new owners of Ellis Park unveiled plans July 19 to spend $55 million to restore the iconic track to be a showpiece for Kentucky's horse racing and gaming industry.

"Today we are excited to announce the dawn of a new era at Ellis Park. We bring more than 20 years of experience in the hospitality and entertainment industry to a project that will put Ellis Park back on the map as one of Kentucky's premier racing and gaming facilities," said Jerry Smith, managing board member of Ellis Entertainment.

Revealed at a Friday morning presentation, the first two phases include a series of renovations and improvements, many of which have been completed or are in progress. Phase I includes an initial $3 million investment.

According to Ellis Entertainment's project director, Ken Mimmack, completed works include resurfacing of the track, repairing and improving the drainage system, removal of dilapidated barns, replacement of some interior barn walls and the clubhouse roof, and extensive cleanup and repainting of the grandstand area. Phase I also includes an update and upgrade to the water system.

Phase II is scheduled to begin in the fall of 2019. This portion of the project will include deferred capital expenditures of $6.2 million, including upgrades to the grandstands, barns, site utilities, entryways, landscaping, and the audio-visual system.

Expansion capital expenditures totaling $47 million will include a new historical horse racing facility, widening of the turf track, and installing track lighting to allow for expanded night racing. The new HHR facility will be approximately 75,000 square-feet and include the phased addition of up to 900 gaming machines along with three restaurants and a live entertainment venue.

Officials also announced a long-term vision for ultimately building a hotel or other amenities on the site.

"If the improvements and expansions of Phase I and II perform to expectations then we would look at other ways to ultimately offer a full-service resort experience that will serve visitors and locals alike," Mimmack said.

The sale of Ellis Park was completed June 27. Saratoga Casino & Hospitality Group sold the property for $11 million to Ellis Entertainment, a subsidiary of Laguna Development Corporation based in Albuquerque, N.M.

"We are a company that engages in the communities we live and work in," marketing chief Skip Sayre said. "We look forward to being positive contributors in the local business community as part of our belief in a culture committed to quality, service, and value for our partners, employees, and guests."

As part of the sale agreement, Saratoga entered into a management contract to oversee racing operations while Ellis will manage the historical horse racing casino, food and beverage, human resources, and marketing aspects of the business for the rest of the year.

"All of us here at Ellis Park are thrilled to see the improvements Ellis Entertainment is already making, and their plans for the future will ensure this racetrack, first opened in 1922, will be an attraction the Henderson/Evansville community can be proud to call their own," Ellis Park general manager Jeff Hall said. 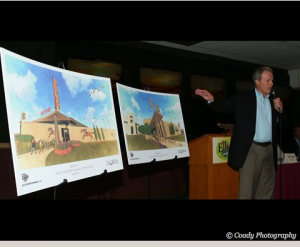