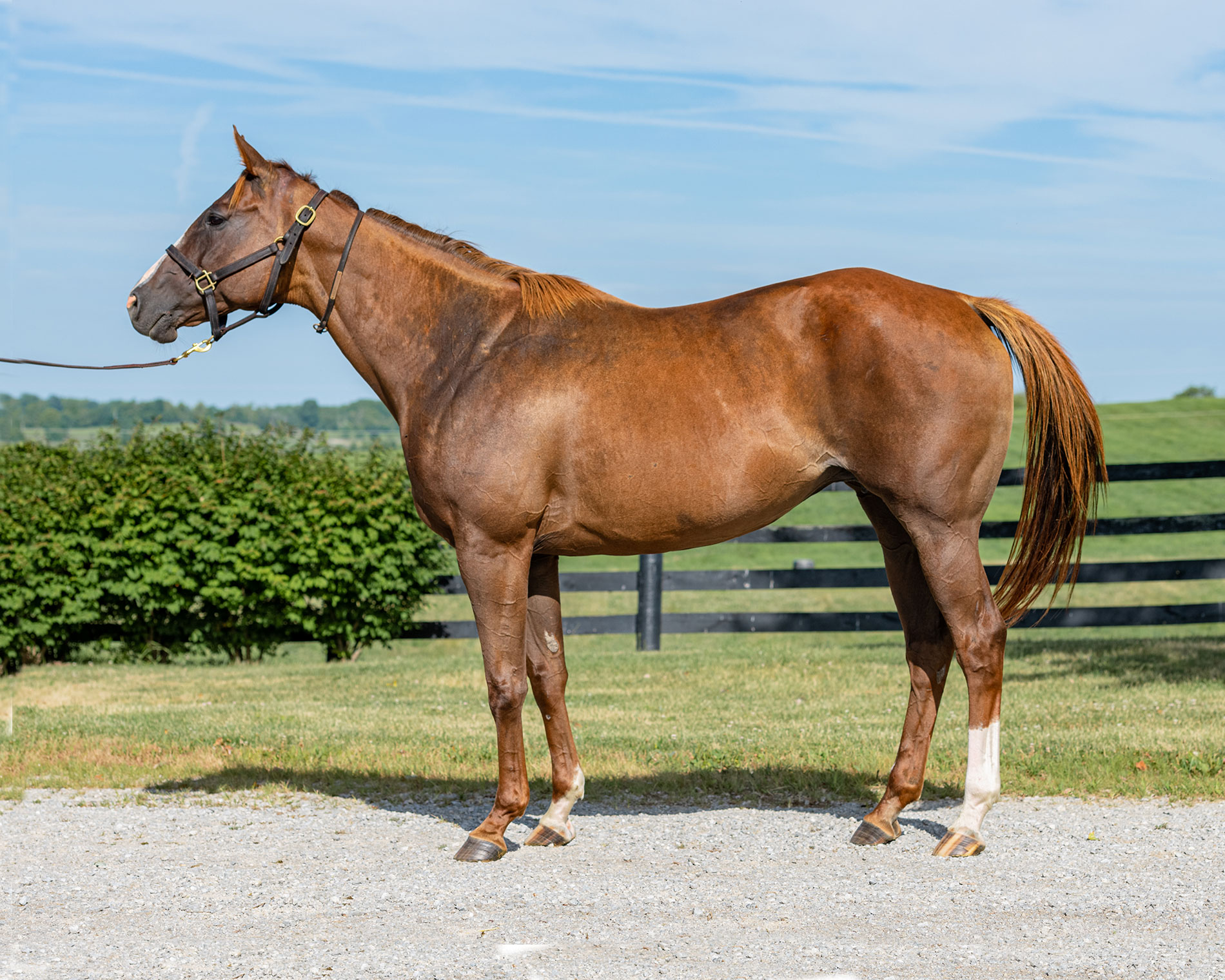 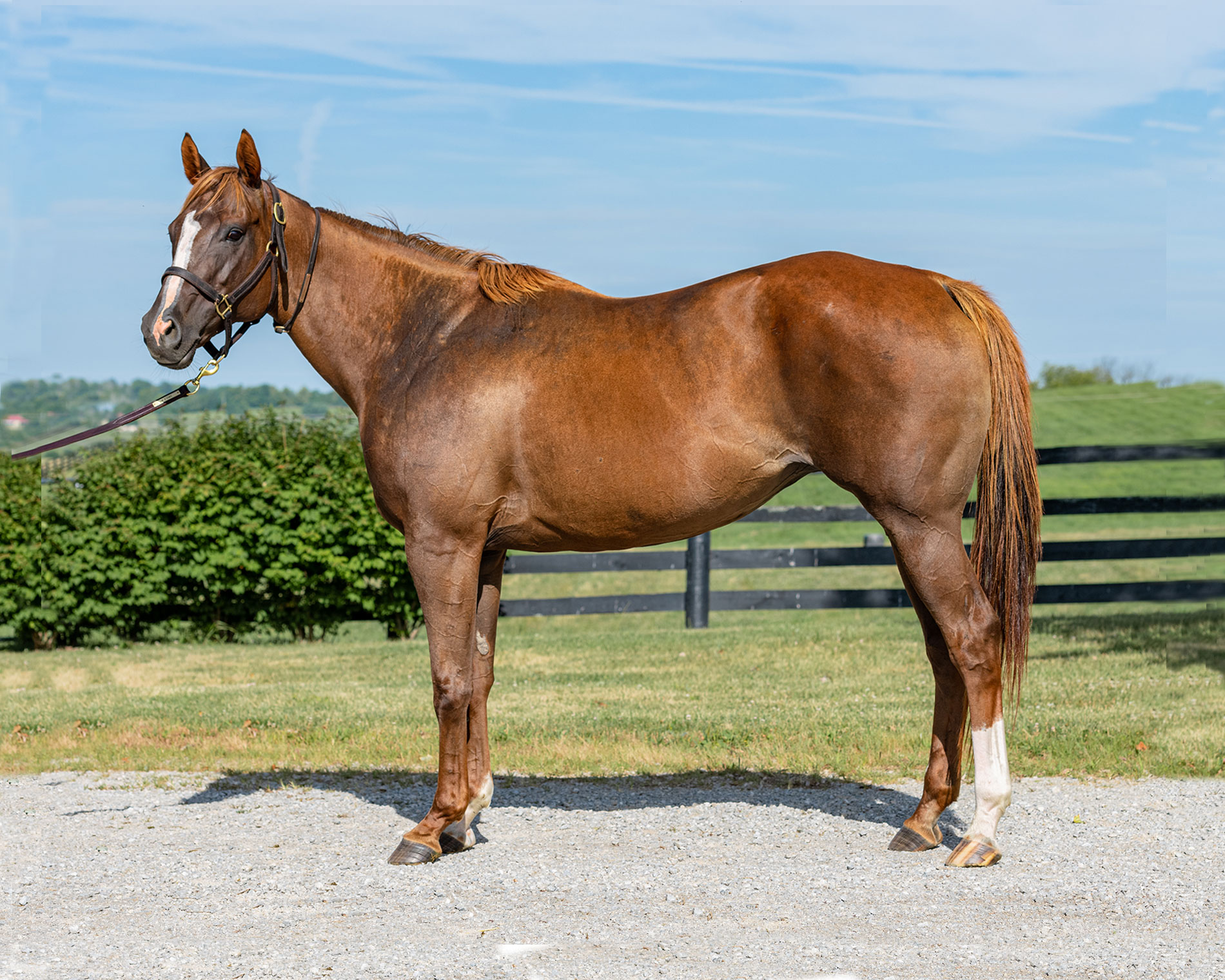 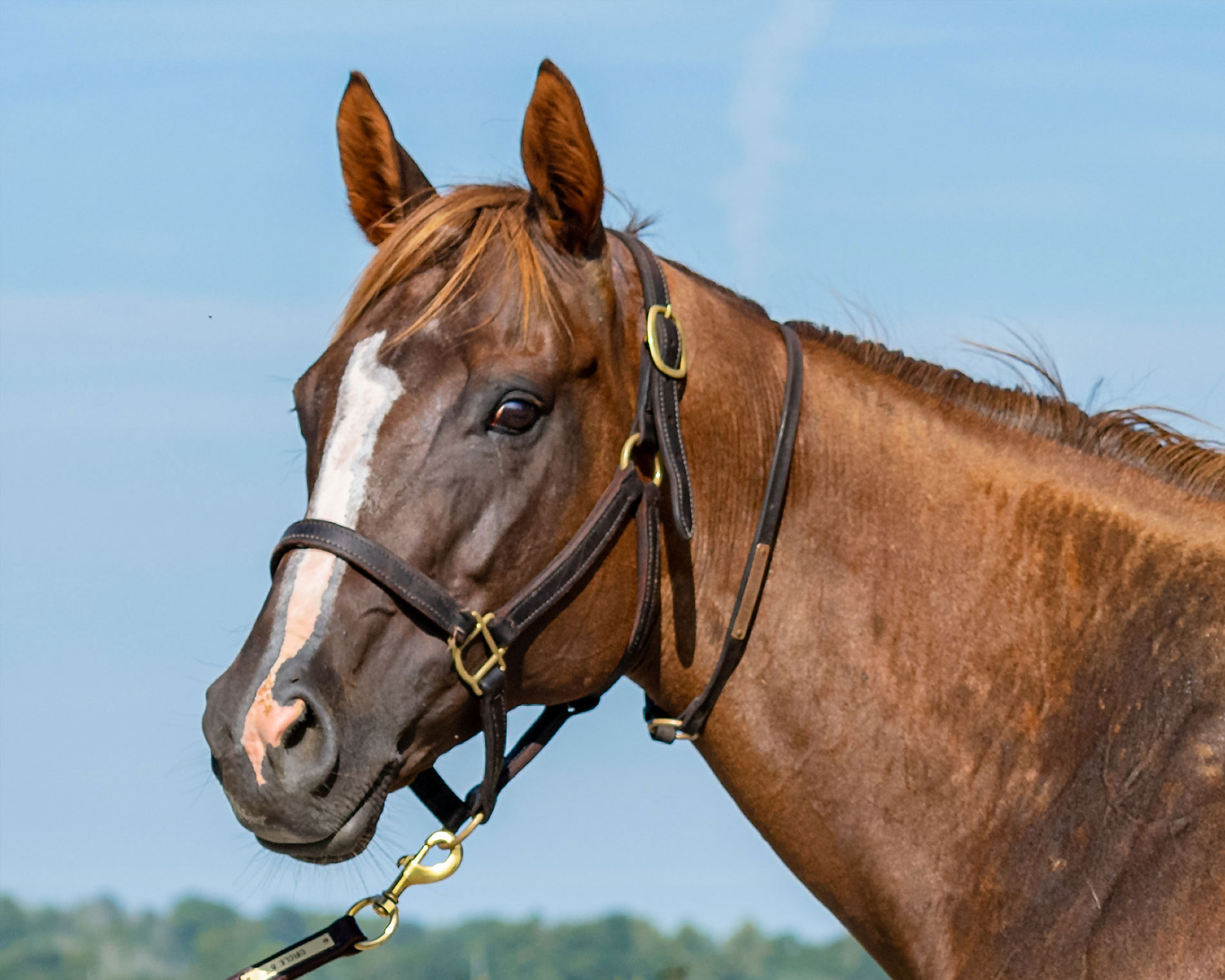 Angry Dragon is an 11-year-old chestnut mare by Smarty Jones - Screamer, by Roanoke.

Smarty Jones is one of the most charismatic horses of the 21st Century. After breaking his maiden by 7 3/4 lengths in his 2-year-old debut in November, he won the Pennsylvania Nursery Stakes by 15 lengths in his second try. He didn't start again until January, when he won the Count Fleet Stakes at Aqueduct by 5 lengths. Shipped to Arkansas, he captured three straight stakes at Oaklawn Park, the Southwest by 3/4, the Rebel by 3 1/4, and the Gr. II Arkansas Derby by 1 1/2. He headed to the Kentucky Derby unbeaten in six races, which were won by a combined total of 33 1/4 lengths. He then added the Derby by 2 3/4 lengths and the Preakness by 11 1/2, finally losing his Triple Crown bid in the Belmont Stakes by one length to Birdstone. He retired with earnings of $7,613,155.

Angry Dragon is the dam of four foals, two of racing age. Frosty the Dragon compiled a record of 3-6-5 in 20 starts with earnings of $63,205. Tropical Frosty is a 3-year-old Circle 8 filly who finished third in her debut at Gulfstream Park on April 11, then came back on May 26 at Monmouth Park to break her maiden, winning by 1 1/4 lengths racing 1 1/16 miles on the grass. She also has a yearling and a weanling by her side, both by the successful Pleasant Acres stallion Handsome Mike, and she's in foal to the highly-regarded and popular near millionaire Bucchero, a seven-time stakes-winning son of Kantharos. 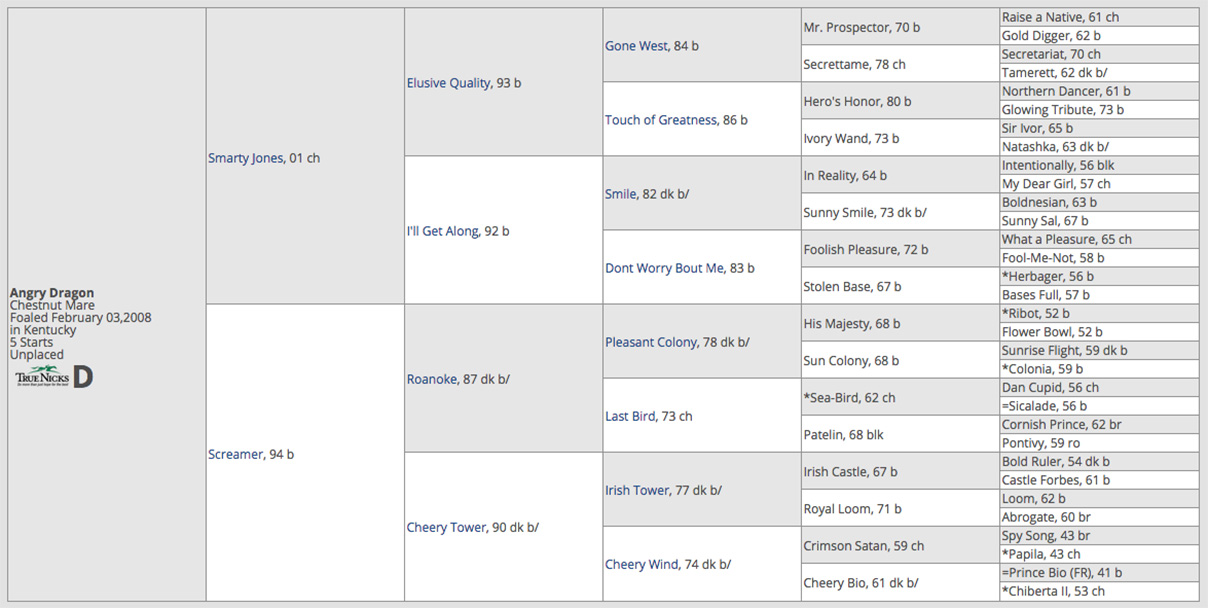